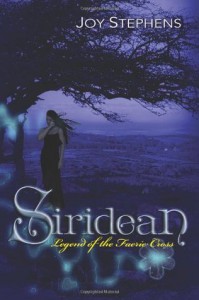 This book was well written and the folk lore was rich but it did not grab me in any way, in fact I was counting the pages hoping it would end already. It was disjointed at times, the pace was horrible and the characters were not well developed. I didn't feel connected to any of the characters, not even the lead character and that's an unforgivable sin in my book. The story was original though, which definitely scores major points, and as I said the writing was good so there's the reasoning behind the rating